Carlota Perez is a researcher, lecturer and international consultant whose work focuses on the social and economic impact of technical change.

Carlota Perez is a researcher, lecturer and international consultant whose work focuses on the social and economic impact of technical change.

arlota Perez is a researcher, lecturer and international consultant whose work focuses on the social and economic impact of technical change.

From the FT to TechCrunch, her work has inspired students of economic theory—and a who’s-who of venture capitalists—to consider where today’s innovation sits in the context of what she calls “a great surge.”  Her 2002 book, Technological Revolutions in Financial Capital, explains the role these surges, comprised of “installation” and “deployment” periods play, when it comes to new technology reaching its golden age.

Carlota’s next work picks up where she left off describing four historic revolutions and situates where we are in the current surge—and what needs to happen for it to reach its golden age. Spoiler alert: the post-war consumerism and mass production that shaped the last era’s installation period isn’t going to cut it this time.

In her role as Researcher-in-Residence of the Anthemis Institute, Carlota gave last year’s Anthemis Hacking Finance Retreat attendees a preview of where her new book is headed. (Carlota’s full AHFR17 keynote is available to view here. If you’ve got an uninterrupted hour, we highly recommend you start there).

We’ve cut some bonus footage of Anthemis Founder and Chief Investment Officer Sean Park’s Q&A with Carlota at the end of the keynote in Méribel below. A transcript of their conversation follows (edited for readability).

Is the nation state still the right entity?

Sean Park: One of the things that resonated [in your presentation] that’s fairly obvious is this disconnect between what you called “the state”—but I would even say our social, institutional framework, the rules under which we live and organize ourselves—as societies, are [both] stuck in the old paradigm.

That’s happened before. When I first read your book, and when you look at the previous cycles, and…this is going to sound morbid…but that societal, institutional change often happened when the leaders of the old paradigm literally died. They were put six feet under, and a new generation took over.

Concurrent with, perhaps accelerating technological change, you have “60 is the new 30,” “80 is the new 40.” The younger ones amongst us here may well live to be 100, or 150, or 170. Turkeys don’t vote for Christmas, so the leaders, and even the operators of these bureaucracies, there’s some bad actors, but even people acting in good faith, they hold onto the old.

It’s clear, I think, to everyone in this room, but even to more and more ordinary people that there is this disconnect. You’re getting, on the one hand, Trump, on the other hand, Macron. Who knows. There’s this understanding that our state is no longer fit for purpose, because it was built for another age. How do we build the new state? What is it?

The nation state, I think, is an artifact of the Industrial Age. It was built and optimized for that old paradigm. The only time we’ve significantly changed political organization has been with extreme violence. Is the nation state still the right entity? Is it a different type of entity? Can we imagine it, what it might look like?

Carlota Perez: We need to have a multi-level, networking state. That means we need the nation state to be only in the middle as a broker between this upper international and the global institutions, and then down, regions, localities, all the way down to even rural areas. We need a state that’s the networking state, that’s innovating all the time, that has people there that are innovating. You know, when the state was turned into the bureaucratic organization, it was beautiful, just like companies.

A glass ceiling for the young

Carlota Perez: Yeah, it copied what was invented for mass production, and it did it very well Everybody, the state and companies, became very bureaucratic and very heavy. The thing is that companies have all changed, otherwise they have died, but the state is still there. All the systems, the health system, the education system, are still structured that way.

We need a very, very big change. Of course, what generally happens is that the kids that played Nintendo get to power when deployment is needed. This time, it’s not happening. 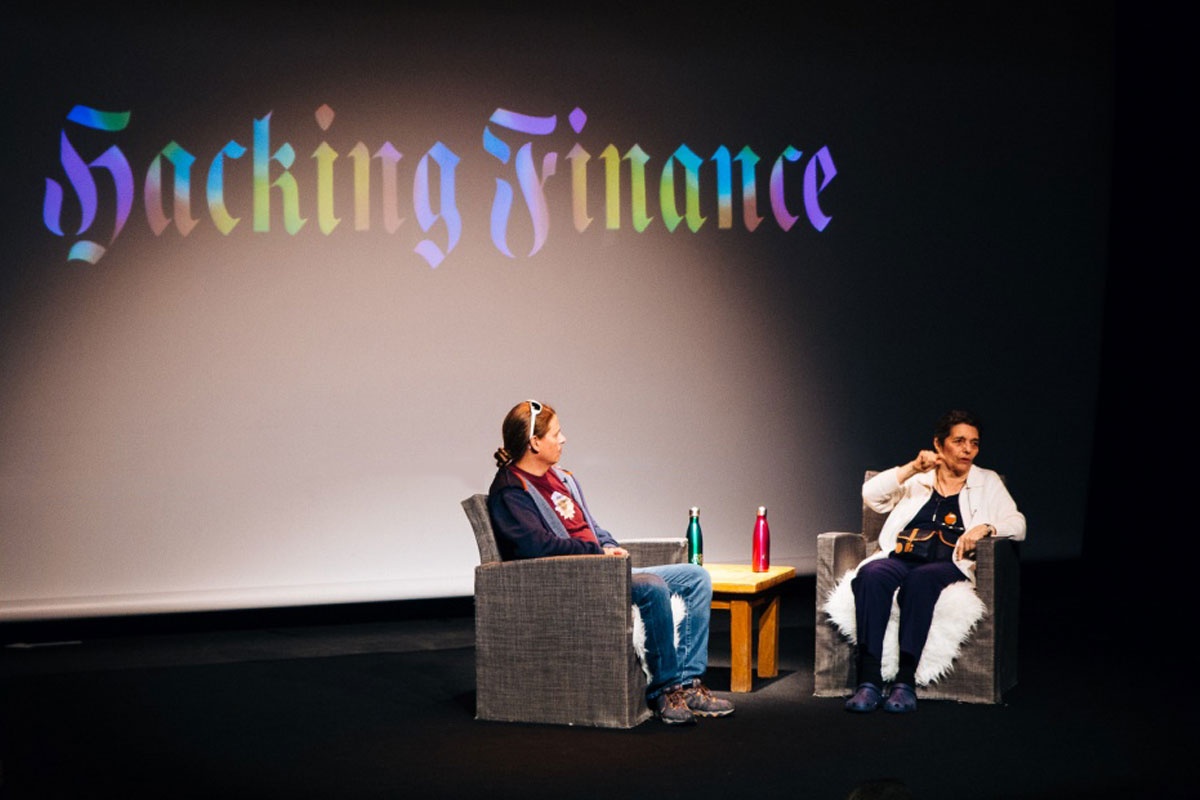 Anthemis Founder and Chief Investment Officer Sean Park’s Q&A with Carlota at the end of the keynote in Méribel, 2017.

It’s a generation that’s wasted, because if you don’t work, if you don’t have experience, it’s not just that they don’t allow you to get to the top. It’s, they don’t even let you work. That is a problem that has to be faced squarely. It’s got to be. In a way, the young are now voting. They’re becoming politicized, finally. Until now they have been somehow out of politics.

Sean Park: It’s like Logan’s Run, a dystopian future where, because of resource constraints, [in] a post-apocalyptic world, when you turned 25 you had this thing implanted when you were born that started beeping a color. They terminated you in this quasi-religious ceremony. Logan’s Run was comprised of people that rebelled against that and left the inner city.

Again, I don’t want to sound morbid. In the past, the path to those kinds of changes have been part of a generational renewal. It seems to me that today, the risk of always thinking your time is special, that engine of human change is very different than it ever was in the past.

Carlota Perez: Yeah, but there are two things. One is that in fact, this revolution has lasted longer in installation than any other before. My argument is age. The same guys are still there, and you don’t get the change. That’s one of the reasons.

Of course, one of the biggest problems is the environmental problem. We are also destroying the planet. We have a ceiling on people, and we’re also destroying the planet for those very people whose ceiling we are holding down. Somehow, to start moving socially, it’s not just a question of generational change, but also a question of ideological change. There are new ideologies that are born.

In every one of these changes, political parties divide. Every political party in these times divides. Some political parties disappear. The Liberal party disappeared in England in the third surge, and the Labor party appeared. It had never existed before. You have new social democracy [that] appeared in the 1920s, ’30s, and so on. Communism, and fascism, also happened, and people followed them.

Where is the new ideology?

I always think that politicians had the welfare state as a protective fence, and they ripped it up, so now they’re being invaded by all the ones that they were keeping at bay. Maybe, but it’s still not happening. New ideas are not happening. There is greed, but it’s very narrow. People talking about de-growth and no growth. How could you stop growth? [For] the whole of the developing world? How about all the poor, today?

Of course, what you have to do is change the nature of growth. You grow services, you grow with care, you grow with creativity, with art. It’s all growth. But you also measure GDP. All Google gives us? It’s not [just] in GDP.

We have old ideas, and we don’t have new ideas coming. I would expect that in the next few years, because of this turmoil that’s happening, and so many populist leaders, that other ideas will come forth.

Sean Park: We need to make political leadership sexy again—the way that in the last decade or two entrepreneurship has been made sexy—so that intelligent, ambitious young people [get involved]. Because right now, if you poll people that you think, “Wow, they would make a good leader,” the last job in the world they want is to be the president or the prime minister. It’s a horrendous job, as it is defined right now. That becomes a vicious circle.

Maybe one of our jobs is to inspire not just great entrepreneurs, but great societal leaders.

The 8th Annual Anthemis Hacking Finance Retreat in Méribel, France brought attendees into the mountains and away from the day-to-day grind of transforming financial services.

As we ponder the future of humanity in our hyperconnected world, we must remember that each one of us is a generator and arbiter of data.