The film industry, where Gabriela Hersham began her career, is notoriously biased against female leadership.

The film industry, where Gabriela Hersham began her career, is notoriously biased against female leadership.

he film industry, where Gabriela Hersham began her career, is notoriously biased against female leadership.

And while Hersham says that she was treated fairly as an actor and a producer, when she decided to start her own business, in 2013, she ran headlong into discrimination.

“It has become very much a journey that we like to share to help entrepreneurs at Huckletree,” she says, describing her experience raising seed funding for her coworking company, which now has six locations—five in London and another in Dublin. “I was treated really appallingly by people that I went to for investments.”

Huckletree was Hersham’s idea—inspired by an experience she’d had in a New York City coworking space while she was still working in film. While she later brought on a friend from university, Andrew Lynch, to serve as Co-founder and Chief Operating Officer, she was the one calling the investor meetings, and driving them. Still, when potential funders had questions, they directed them to Lynch—the other man in the room.

“It really opened my eyes to the plight of female founders and female business leaders,” says Hersham, “You could have the best business idea, the market research to prove the concept, and even have initial traction in the business, but you’re still at a disadvantage if you don’t fit the stereotype of what the investor—for the most part, white males—[think] founders should look like.” 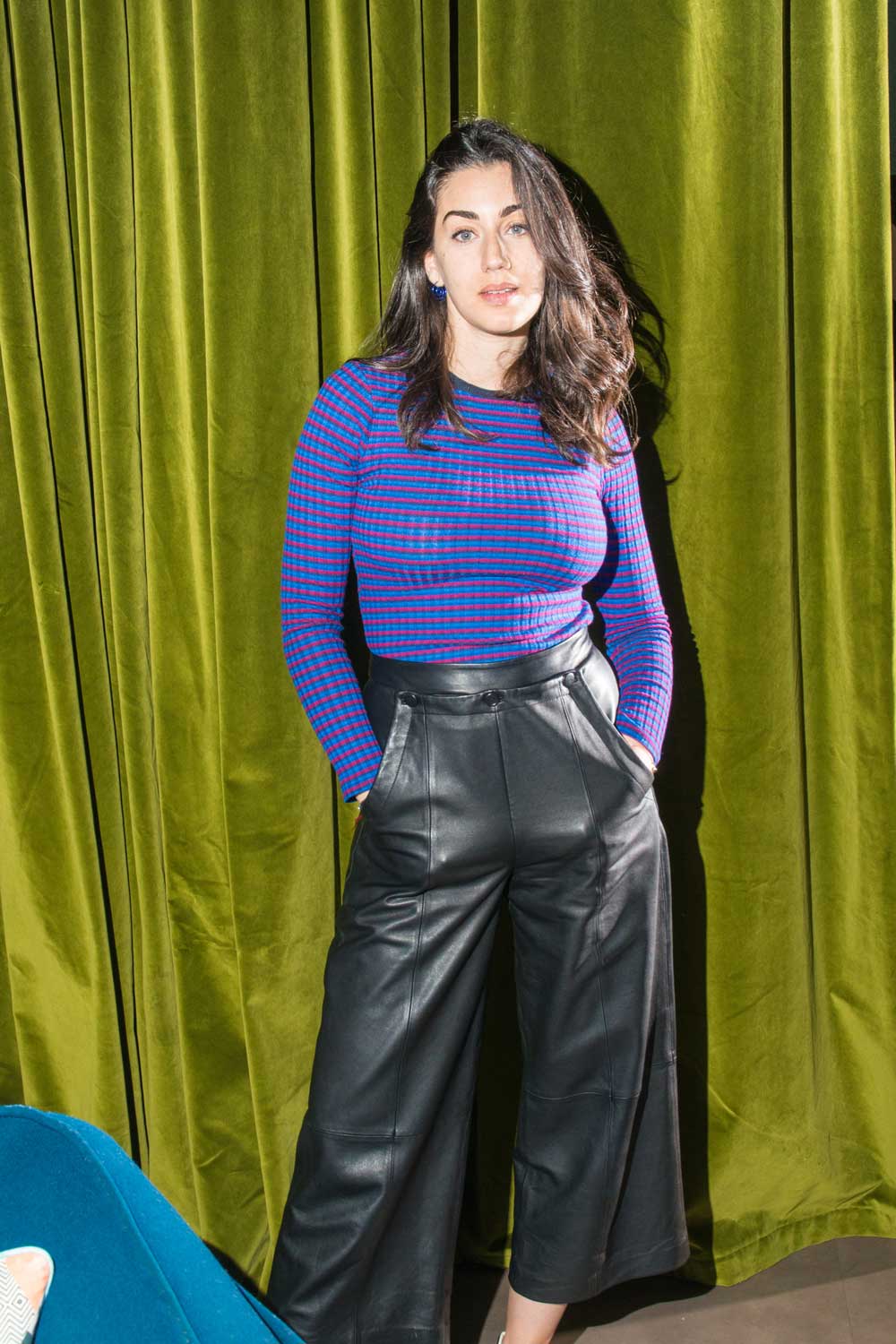 Hersham’s story—and Huckletree’s—has a happy ending. Those difficult meetings enabled the business to open a space in London’s Clerkenwell neighborhood, and they’re now scaling rapidly, with two new openings set for later this year and plans for Europe and North America. Last year the headline of an Evening Standard Q&A with Hersham read, “London wouldn’t have coworking spaces if it weren’t for Huckletree’s Gabriela Hersham.”

But the world around her remains. Female-led startups in the UK receive just 0.5 per cent of the total invested by venture capital funds, according to The Alison Rose Review of Female Entrepreneurship, research commissioned by the UK Treasury that was released earlier this month.

The secret to Huckletree’s success is differentiation, Hersham says: “For us, [coworking] is not a generic building for any business who wants to work there. There’s a curation process, and we hand-pick the businesses to work alongside each other. There is a level of involvement that we have in our businesses, and the way we help them grow.”

Huckletree is now in the third year of its Alpha Programme accelerator, a free, 12-week program that provides select participants with workspace, educational programs, mentoring services, and connections within the broader community. This year, for the first time, qualifying applicants must have at least one founder who is female or from an underrepresented background.

This change was inspired by Huckletree’s #FairerFundingNow campaign, which kicked off last spring with their own survey of 200 founders in the UK and Ireland.

“We decided it’s high time to get real on entrepreneurs’ experiences of the fundraising process,” the company wrote in a blog post, introducing the results. Among them: Only 10 percent of the female founders surveyed felt that they had the same access to funding opportunities as men. 17 percent of black startup founders said they believed equal opportunities to secure investment existed, regardless of background, race, age or gender.

“Coworking is about bringing people and innovations together that will help shape a better world,” says Hersham. “But we can’t achieve that mission if we don’t first aim to help level the playing field.”

Jules Roberts, founder of eco-credit platform GreenFi, says that she had felt disconnected from her local startup community until she joined Huckletree first Alpha cohort in Dublin last summer. Until then, she’d spent most of her time either working in the field—in Kenya, Tanzania and Uganda—or the library of her alma mater, Trinity College.

Participating in Alpha was “transformative,” she says. “Having that support and mentors was brilliant, while trying to stand my ground as a female co-founder. It’s raised my expectations of what I can do and changed how I operate, myself.”

Hersham prides herself on being blunt: “The startup and tech and entrepreneurial ecosystem is overcrowded with voices and opinions,” she says. “If I’m going to say anything at all that’s going to make a difference, it has to be my truth.” That includes her own privilege, “growing up with my father as a property entrepreneur.” (Hersham’s father is the founder of luxury real estate company Beauchamp Estates) “It’s important to not be ashamed to draw on whatever resources you can, in ways that are compassionate to the people around you.”

She has written on Medium about how her own career has benefited from the influence of her husband, Antoine Nussenbaum, a founding member of Felix Capital. And she’s similarly effusive about Lynch, her co-founder.

But she is equally honest about the evolution of her own confidence, beginning with those initial investor meetings.

“I think I allowed myself to be pigeonholed as the creative, and not the financial brains,” she says. “I remember once someone saying to me, very condescendingly, ‘Oh Gaby, you’re not a numbers person,’ [and thinking] well, excuse me, I got an A in Maths and I’m quite clever, so I can probably handle this.

“That, to me, is the biggest learning,” she continues. “When somebody says something to you that makes you feel uncomfortable and pigeonholed and stupid, speak out. You shouldn’t be taking money from people who make you feel that way. And if you have already, then you need to urgently rectify that.”

The next Huckletree space to open, later this spring, will be a venture and investment hub in London’s Soho. “I think that our vision for doing so is that when we have [investors] in front of us, it’s much easier to have an impact on the fundraising landscape,” says Hersham. “[We] can make people more aware of the fundraising statistics and what we can do to change them.”

The shifts to the Alpha Programme are just one example how Hersham hopes Huckletree “put its money where its mouth is,” when it comes to diversity. Another is in their hiring practices. “I’m proud to say that 58 percent of our people here at Huckletree  are female, including department leads and all of our general managers today,” she says. “The bright side is that change is coming…but there is so much work to be done.”

→  For more on female founders and the equity gap

Aligned with My Value Chain

Mwasi Wilmore brought 4G LTE to Tanzania. Her next project? Reinventing the farming supply chain so smallholders can compete better and pull themselves out of poverty.

The Truth About Money

Growing up, writer Ashley C. Ford’s family had a complicated relationship with money. Here, she shares what that meant then and what it means now.

Your Sextech Money is No Good in Silicon Valley

If condom companies can advertise on Facebook and Viagra can plaster ads all over mainstream television, why are sexual health companies that champion women and non-binary folks penalized unfairly?

Matching Her Own Patterns

For Arlan Hamilton, one of the country’s few Black gay female VCs, Silicon Valley is on the edge of a revolution.