Daddy, when are we going to get ABCMouse.com?”

Daddy, when are we going to get ABCMouse.com?”

addy, when are we going to get ABCMouse.com?”

My 4-year-old had been harassing me about this for weeks, after seeing advertisements for the early childhood education software during kids’ television shows. I kept putting her off. “I don’t know, honey. I’ll look into it,” I would respond. “But I want to learn,” she pleaded. What parent could resist that appeal?

Marketed as a “full online curriculum” for children ages 2 to 8, the software offers reading, math, science and art lessons. I paid a $59.95 subscription fee, and my daughter’s iPad became an ABCMouse.com station. What I didn’t realize at the time was that the software had its own internal economy too. And that the lessons about personal finance the game offered my preschooler might not be as harmless as the ones about the alphabet.

Suddenly, seemingly harmless literacy software has transformed into yet another clarion call to consumerism.

For younger kids, rote repetition is one of the best ways to learn. And, on this front, ABCMouse.com offers real benefit. In the game’s pre-K levels, for example, lessons repeat the alphabet, drilling the shapes and sounds of each letter over and over again into the pliant brain of the young student. Different modes of play reinforce the lessons in different ways. I watch my daughter play the game. Sometimes I see her coloring in letters with a virtual crayon. Sometimes she has to identify the correct letter from a lineup. Other times she activates words that begin with the letter.

After completing each lesson, though, the game awards “tickets” to the player. These tickets are like Skee-Ball or carnival scrip, and they become a virtual currency in the game. A larger pot of them is awarded at the end of a level. The tickets are used to buy things in a virtual shop. Toys and furniture for the room. Tubes for the hamster cage. Fish and plants for the aquarium. Clothes and accessories for the avatar. Suddenly, seemingly harmless literacy software has transformed into yet another clarion call to consumerism. 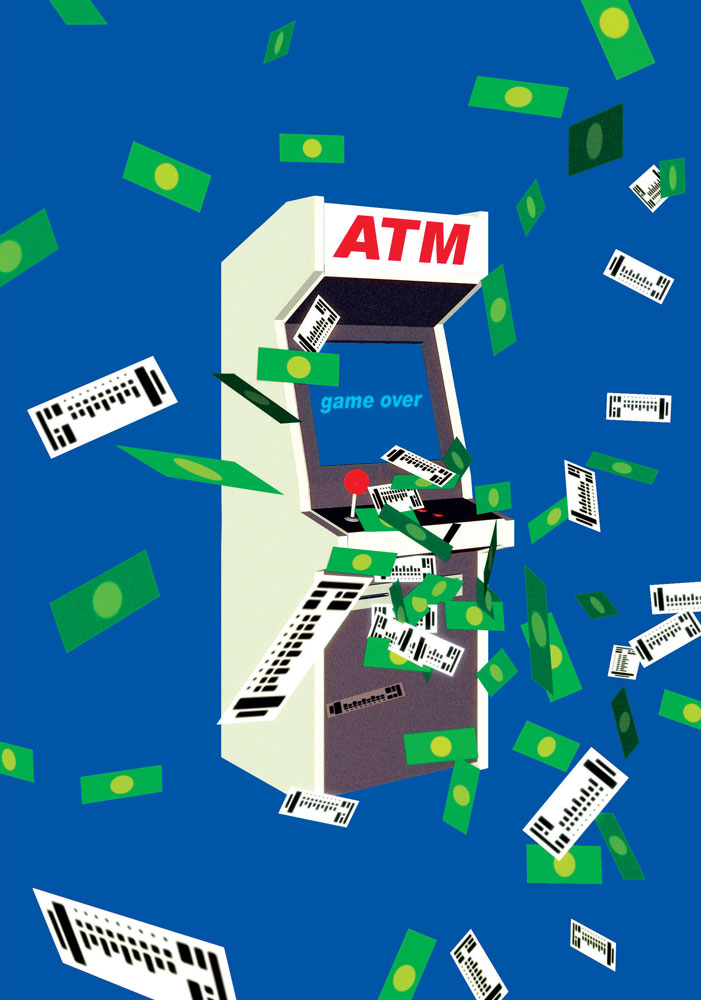 My daughter fell prey immediately. Once she figured out how to access the right screens, she was spending ABCMouse.com scrip as fast as she could get it. Her room got a Victorian door and window, then a princess bed, then a play table, then a matryoshka doll. Then she discovers the “girl’s shop” in the clothing store, and the costumes…

It’s not that the idea of an in-game economy is necessarily a bad one. Money is a thing in the world no less than letters are, and understanding what it’s for and how it works can benefit even the very young. But ABCMouse.com’s implementation of financial ritual is out of step with its more productive literacy curriculum. What is the purpose of letters? To read words, to share ideas, to learn, as she had begged to do. The purpose of money? Just to buy stuff, and as mindlessly as possible.

Money has become so overwhelming, complicated and unseemly that it feels unfit to elucidate for children—and perhaps even adults too.

It’s remarkable that early childhood education has found such sophisticated, time-tested and well-researched methods for teaching reading and writing literacy, but has made so few attempts at doing the same for financial literacy. Especially when the same basic principles of rote repetition apply to money as much as they do to reading or math.

Money is a blind bet in ABCMouse.com; a magic resource that operates by hidden rules. Even if my daughter knows that she wants to save for a mermaid costume, for example, there’s no easy way to determine how many lessons or levels she has to complete to do so. There’s also no benefit to saving her tickets rather than spending them—no simple implementation of compound-interest banking that would teach a basic element of personal finance alongside one of literacy. There’s also no cost to ordinary life: room or aquarium upkeep is free and automatic. In fact, money is used almost exclusively to satisfy material desires, and never to tend to the operation of a household.

Basic banking is in decline; income inequality and wealth inequality are on the rise. And yet the week-to-week process of budgeting, spending, and planning for events—both expected and unexpected—is never a subject that gets the same attention as phonics and arithmetic, let alone algebra and science. Maybe that’s because financial operations of all kinds have been almost completely computerized. Or maybe it’s that money has become so overwhelming, complicated and unseemly that it feels unfit to elucidate for children—and perhaps even adults too.

Reading, math and science are seen as essential skills worthy of formal and informal learning programs everywhere—worth spending $60 a year for a 4-year-old’s benefit. But money remains a kind of sorcery, only invoked as a necessary implement for material acquisition, rather than an opportunity to build up basics toward mastery. The fundamentals of finance—assets, liabilities, expenses, cash flow and so on—remain unfamiliar to ordinary people, let alone the more complex matters like securities, derivatives, options, swaps and futures.

“Show me how ABCMouse.com works,” I prompted my daughter a month or so after she had started the game. She flipped open the lavender cover of the iPad and started racing through the menus. She showed me a reading lesson and a coloring page, tapping furiously to carry out the tasks. Then she navigated to the girl’s shop. “See, if you want a dress, you can just get one,” she explained, pulling up the rack. She issued a routine tap on a teal Empire dress and immediately pressed the “buy now” button. Forty of her 100 ticket balance vanished, but she’d moved on before I could even point out the cost to her, let alone invite her to talk about it.

“How many lessons do you have to finish to buy a new dress?” I asked.

“A few,” she shrugged, still tapping furiously, racing through menus to dress the avatar before sending her back into the mines of literacy education.

Algorithms should not be allowed to fail quietly. Promises of a better future need to be accompanied, or preceded, by promises of better algorithmic recipes.