Queens, New York City, 1975: I’m at the playground near our apartment.

Queens, New York City, 1975: I’m at the playground near our apartment.

ueens, New York City, 1975: I’m at the playground near our apartment.

It’s a working-class neighborhood, a stone’s throw from the iconic unisphere built for the World’s Fair in Flushing Meadows Park a decade ago. Here are the seesaws: splintered under their dark-green paint. Here is the merry-go-round: its floor painted in bright, primary-colored pie slabs that blur as it spins; its occupants holding onto the steel bar for dear life. The swing chains are rusty. They leave an orange, metallic smear on my palms that will last for hours. I fly so high I think I might flip right over the top. The steel slide is long and fast, and—in summer—scalding. Here is a series of concrete tunnels sitting atop the asphalt, through which we crawl and emerge, again and again, knees and palms scraped, only to begin the circuit again.

Like typewriters, rotary phones and canisters of 35mm film, all of the structures on that playground are obsolete now. As any American parent can attest: public playgrounds are plastic affairs these days. The ground is covered in shock-absorbent rubber. The slides are low and wide, the monkey bars just high enough for my first grader to grab a hold of, if she jumps. There is limited fun to be had for those over the age of 5: nothing on which to feel a thrill, to test her limits, to push her boundaries. No risk. Limited reward. 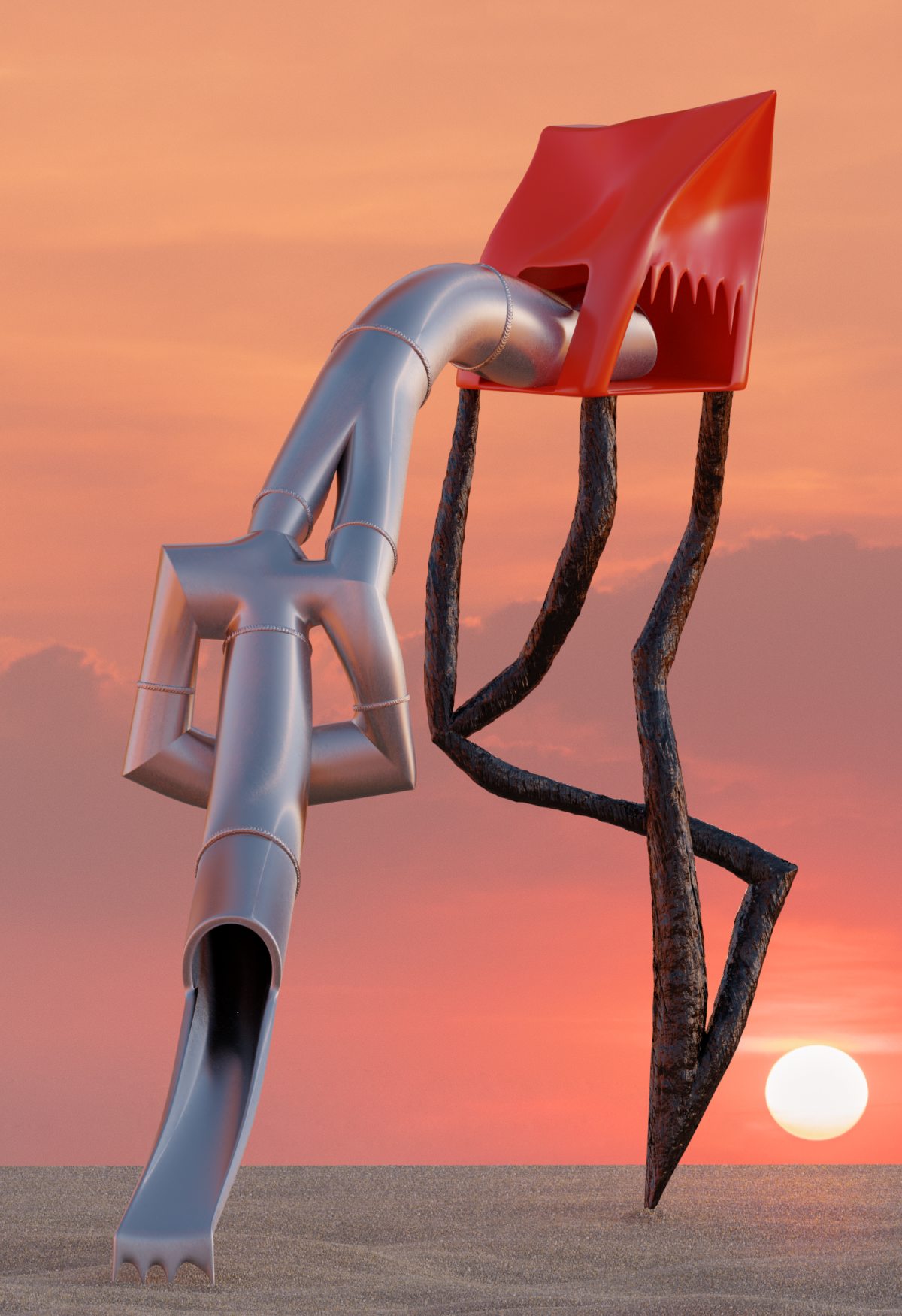 Risk is a concept we are all familiar with. By definition, it involves exposure to harm. For personal injury, the major considerations are the likelihood of injury and the potential severity of such an injury. In the financial sector, of course, risk involves the possibility of losing money. One might assume that the perception of said risk would remain relatively stable over time: no one ever wants to lose money, right?

When it comes to the playground, the answer is no more constant.

I wanted to know: how does assessing risk on a playground compare with assessing financial risk? But risk analysts across the spectrum of finance and governance have declined to comment for this piece. One “couldn’t add value to the scope of this piece;” the “knowledge” of another analyst “did not fit with the topic.” When asked how they evaluate the risk of their playground equipment, the New York City Parks Department dryly informed me: “These standards and guidelines and our design approach allow for a safe age-appropriate sense of risk and challenge.” I declined to share my 6-year-old’s thoughts on that.

A couple of weeks ago, that same daughter fell on her head in the tiny school playground. She landed on the rubber surfacing and sustained nothing but a bump. What would have been an acceptable level of injury for me, personally?

It was the end of an era in which kids were shoved out the door on weekend mornings, only expected to show up again for dinner.

It was a quandary Ken Kutska, executive director of the International Playground Safety Institute, Inc. (and former director of the Department of Parks and Planning, in Wheaton, Illinois), had voiced to me: “In the U.K., one or two deaths of a child on a playground is not a big deal, or so they say, based on all the other issues a child faces on a day-to-day basis. But if it is your child or grandchild, do you feel the same way?”

For Tim Gill, author of No Fear: Growing Up in a Risk-Averse Society—a rallying cry for the benefits of risky play—this is not a useful way to look at the issue: “It’s an absolutely understandable question, as a sort of plea for sympathy for the depth of the experience,” he recently told The Guardian. “But as a way of trying to decide what society should do about the threat, it’s incredibly unhelpful.”

Empirically speaking, the likelihood of your child being the one who dies at the playground is, thankfully, pretty low. According to CDC data, 70 percent of the 147 playground fatalities that occurred between 1990 and 2000 happened at home playgrounds. This leaves 45 fatalities at public playgrounds, or 4.5 deaths a year. The numbers don’t rise much in the years that follow. Compare that number to the 2,700-plus annual child deaths by gun, or about 11 a week in car crashes, and playgrounds don’t seem all that dangerous. In the U.K., non-fatal accidents occurring on public playgrounds just outpace those resulting from table tennis, golf and fishing: around five per 100,000 hours of exposure.

Cars are a good example. We set speed limits, and mandate seat belts…but we don’t build cars that can only go 30 miles per hour. That would be safe, but who would want to drive them? Imagine what would happen if car manufacturers were sued every time a speeding driver got into an accident, because they continue to make cars that can go 95 miles per hour.

That’s kind of what it’s like when kids use playground equipment beyond the boundaries of its design. This is where risk assessment can go off the rails. You’re not supposed to jump off the top of the super-high twisty slide…but if your kid does jump, in America at least, the parks department, the maker of the slide and/or the installer can be held legally responsible for their injuries.

Maybe that’s the reason no financial risk analysts wanted to comment for this piece. As investors and entrepreneurs, we rely on formulas to discern what the future may hold, if a stock will split, an interest rate rise, a valuation spike. Financial risk can be parsed without delving into the depths of the human soul. But there is no formula, mathematical or otherwise, that can tell us how to raise a happy, healthy, well-adjusted child—not to mention whether he or she is likely to plummet to his or her death at the playground.

As a parent, I live this dilemma every time my daughter finds something to climb, swing from or leap off. Ultimately, I want her to have a childhood that includes navigating her environment, finding her limits and conquering her fears. Striking the balance between chasing her around with a giant net and letting her fly unattended is never going to be simple, but I’m leaning more toward the latter these days. Whether it happens at the playground or somewhere else, the best I can do is teach her to look before she leaps—and decide for herself whether the risk is worth the reward.

The Value of Sitting Down

The true impact of the wildcat strike will be felt in the postseason.

Designing for the Uncommon Minority

No one product fix will suit a range of abilities. But open-source design provides a way.

Behind the Big Wave

“What do you want to get out of it? Fame, notoriety, fun?” The questions big-wave surfers ask themselves when calculating risk apply to kooks, too.