Human beings have a tendency to create heroes, whilst celebrity culture simplifies the way we understand progress through those heroes. It romanticizes the people behind innovation, attributes god-like status to certain individuals and renders them unique.

Human beings have a tendency to create heroes, whilst celebrity culture simplifies the way we understand progress through those heroes. It romanticizes the people behind innovation, attributes god-like status to certain individuals and renders them unique.

uman beings have a tendency to create heroes, whilst celebrity culture simplifies the way we understand progress through those heroes. It romanticizes the people behind innovation, attributes god-like status to certain individuals and renders them unique.

The idea that, say, Mark Zuckerberg is one of a kind is compelling, but, I would argue, false. Zuckerberg is extraordinary, but not uniquely so. It’s his environment that was unique. Create an ecosystem with a particular opportunity, and a suitably talented person will find it and shape something new.

This fallacy of unique individuals is demonstrable in two ways:

1. Simultaneous invention: If true invention required unique ability, then simultaneous invention would be statistically impossible. And yet, natural selection, the telephone, the equivalence of mass & energy, calculus and the vaccine for polio were all discovered by two separate individuals at the same time. The key word here is discovered rather than invented.

Inventions aren’t created out of nowhere. Inventions are new things spotted by suitably bright people, who are building on the overall state of knowledge at a specific point in history. Each innovation creates the opportunity for others: the telephone, for instance, could not have been invented by anyone before electricity had been discovered.

2. Famous innovators knowing each other (before they were famous): There are multiple incidents of a spooky or uncanny connectedness among innovators. This photograph, taken in Brussels in 1927, at the Fifth Solvay International Conference on Electrons and Photons, is a case in point. 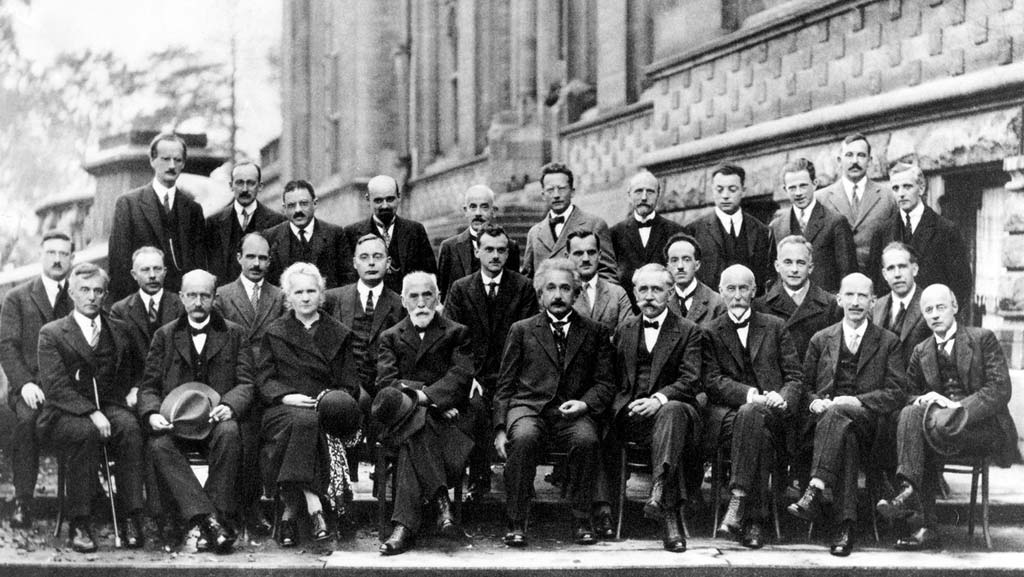 The image brings together, in one place, a definitive who’s who of 20th-century physics, including Erwin Schrödinger, Werner Heisenberg, Paul Dirac, Niels Bohr, Max Planck, Marie Curie and Albert Einstein. The revolution that replaced Newtonian physics was created by people who knew each other personally, it was the result of a special ecosystem.

The connectedness of 20th-century physics is not a coincidence because it happened in other sectors, too.

In August 1958, Art Kane, a freelance photographer for Esquire magazine, asked if some jazz musicians would turn up for an impromptu photograph in Harlem. The result was one of the most famous group photographs in history. 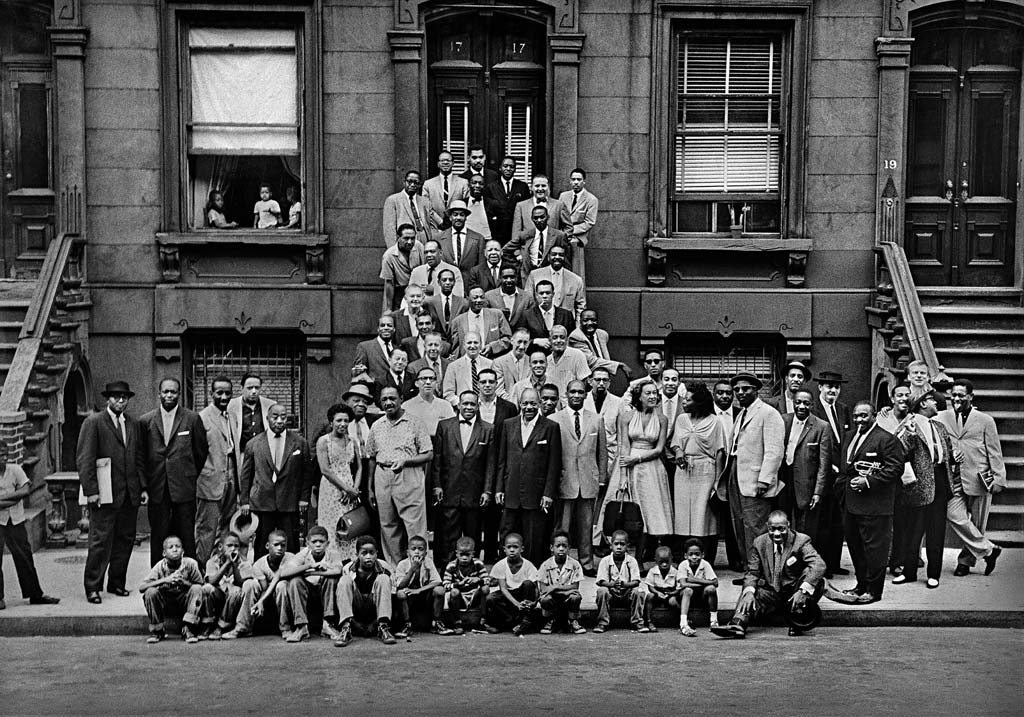 Fifty-seven of the world’s most famous musicians came, from Art Blakey, Dizzy Gillespie, Charlie Mingus and Thelonius Monk. They all just happened to be nearby at the time. The reason: they all knew each other and lived and worked nearby. Jazz was an ecosystem.

The internet created a unique ecosystem of internet entrepreneurs in the San Francisco and wider Bay Area. As they interconnected socially and professionally, there was often a single degree of separation between them. Caterina Fake, founded Flickr with her former husband Stuart Butterfield, who founded Slack. Caterina once dated Evan Williams, who founded Twitter. This wouldn’t be so unusual after the fact, but these connections were created before these people became successful. Their success came from the network they formed together rather than the other way round.

An ‘ecosystem fit’ involves a network of many people, not just two. It multiplies the chance of a chance of a chance, several times over. As these chances compound, the idea of lots of innovators knowing each other beforehand appears even more statistically impossible than simultaneous invention, until we view the world not in terms of unique people and special ecosystems, but special people and unique ecosystems. From this perspective, the chance of a chance is not a decreasingly small number of routes to one singular outcome, but a vast array of potential outcomes, all of which allow for serendipity.

You need a network to capture the future potential market opportunity of an innovative idea or practice. The right network maximizes the starting points of paths to capture opportunities. It provides roots to a central trunk.

The fintech ecosystem in the age of the digital revolution

The digital ecosystem is important. Very important. We are undergoing a change to society as fundamental as that of the Industrial Revolution and its effects permeate much of modern life. The wider political and social impact of the Digital Revolution is already manifesting itself.

Simultaneously, ‘Algorithmic’ platforms are changing the organizational structures of production. In many cases, the means of production and the workforce are one and the same: computers. It’s no surprise, perhaps, that internet companies employ 300 times fewer people per dollar market cap than industrial ones or that 40% of Americans will no longer be employed in the traditional sense, by 2020. They will be freelance.

The Industrial Revolution started in Europe but culminated a century later in the US, with the car assembly line. America produced Ford and General Motors, but Europe created its share of large car companies too. Italy created Fiat, France had Renault and Citroen, and Germany produced VW, BMW and Daimler-Benz. With the internet, however, this has not happened. Internet platforms, like the internet itself, straddle borders. And so, in both America and Europe, you have Google and Amazon as market leaders.

Compared to other continents, the situation for Europe is particularly dire. Very large numbers start to sound the same in newspapers. The media’s standard measure of internet success has revolved around the creation of unicorns—internet companies with a valuation of more than $1 billion. $1 billion, though, is a lot less than $50 billion, which is the size needed to create a genuine ecosystem. And few people have noticed how far behind Europe is in creating these companies.

The combined value of the top three internet companies by continent is: The Americas @ $1.9 trillion; Asia @ $1.1 trillion; and Europe @ less than $25 billion.

If you include holding companies with significant investments in internet companies, Europe’s combined figure is five times less than that of Africa’s $130 billion. Europe may have some headline-making unicorns, but it does not have $50-billion-dollar internet platforms. This may change with Spotify, but if the European technology ecosystem had been globally competitive, it would already have its own Amazons and Googles.

There are opportunities for platform scale internet companies in financial services and the opportunity exists for sector-specific internet ecosystems outside of the US to dominate. Such an opportunity exists for three reasons: (1) money is a universal language that does not need a marketplace of 300+ million American-English speakers to dominate; (2) Europe has created financial services standardization which will allow disruptive innovation and new market opportunities across the Continent; and (3) China is creating financial services directly layered onto internet platforms, such as Alibaba’s affiliate, Ant Financial, which, with a value of $60 billion, is already a de facto candidate for the ‘Google of fintech’. 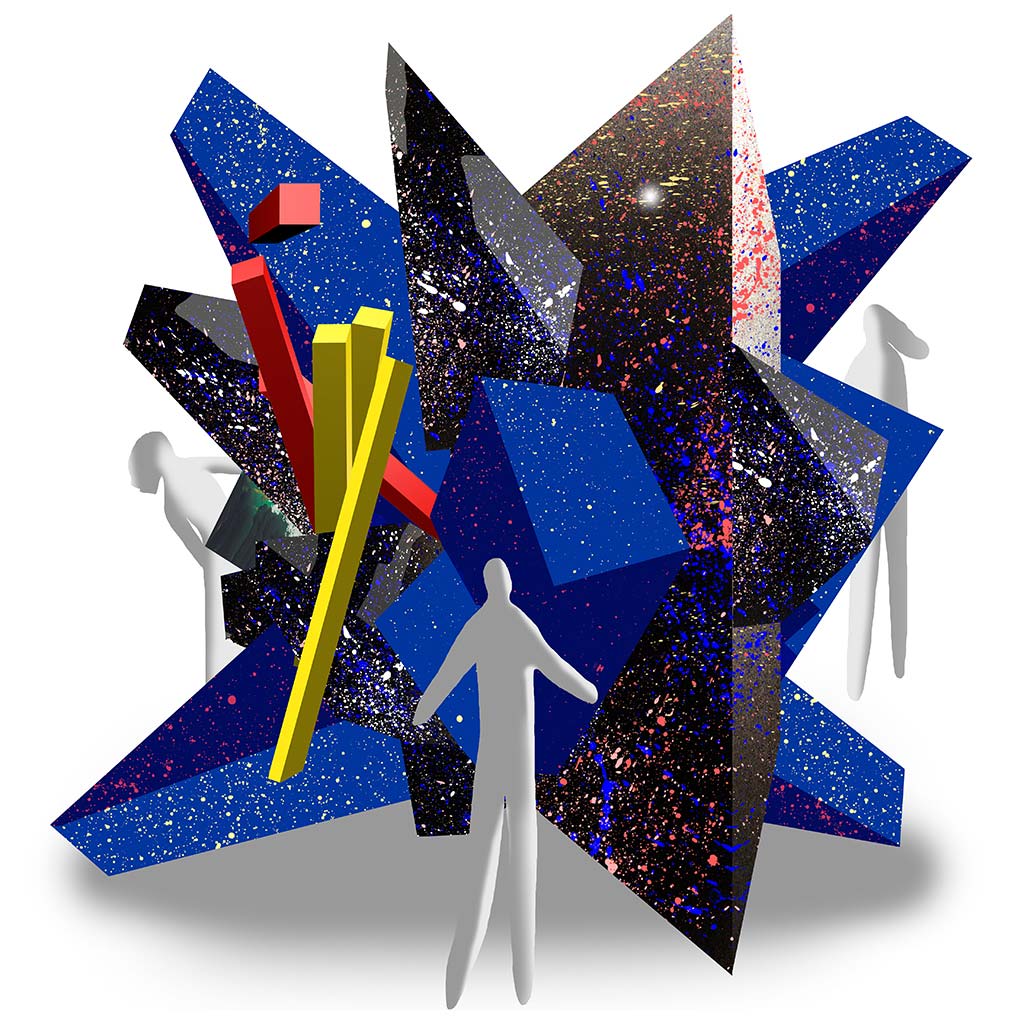 The first wave of innovation in financial services, fintech, was largely an industry upgrade for the digital era. The next wave will be structural and will create an entirely new ecosystem.

It’s an ideal time to capitalize on the potential opportunities for this fundamentally new environment; to create financial services companies that will form the overall components with which to dominate such an environment. With our formal approach to designing companies: venture design, we can do this deliberately, from scratch.

Venture design is the deliberate realization of opportunities by competent people, rather than the passive search for unique entrepreneurs who have found them. It’s the process of spotting the opportunity and the people to realize it, rather than the people who have already done it, so it can get there earlier. This is possible because people are not unique, but ecosystems are. With a venture design approach, you can create novel things on demand.

Few people would say that architects can’t create works of art because they are producing designs on demand. And yet the process of company incubation is often viewed as cynical and mechanistic because it is premeditated.

With direct experience of both the world of architecture and technology, we believe it’s a myth to say that a company created in an incubator is, by necessity, of lesser creative value or quality than a company created independently by a single entrepreneur or to pursue a spray-and-pray accelerator type approach with little premeditation. Our creative process suggests an alternative of how to prove that.

While it’s possible for anyone to be creative some of the time, a creative professional, such as a designer, can do it on demand. How is this possible?

The trick is that designers don’t create things from scratch: they spot lucky accidents and edit them. Given the appropriate environment for these lucky accidents to happen, such as a rapidly changing ecosystem, designers can identify new patterns of opportunity and novelty as they emerge and put them together to create new products.

Venture design is a process that can evolve and be repeated to design high-quality, innovative companies on demand.

→ Did you know David co-authored the RSS 1.0 Standard? Now you do

Catch Us If You Can

Several large traditional financial institutions—once viewed as dinosaurs stifled by archaic legacy systems—are beginning to get some skin in the innovation game too.

Walt Disney had a vision for tomorrow—and the means to sell it.

A mid-century example of viral marketing, Paint by Numbers was also an accidental object lesson in creativity and ownership.

They Are the Last

A rare peek at the solitary life of a lighthouse keeper, whose work will soon be completely replaced by automation.

Financial markets are more vulnerable than ever to another fast, unexpected, quant-driven fluctuation.

Ben LeBlanc had the MBA, the international experience, and the big firm clout. But when he took stock of his career ambitions, he realized it was time to trade the cush for the couche couche.