The stage was set for another installment of the Anthemis Hacking Finance Retreat (AHFR): Finance professionals—check. Insurance-focused workshops—check. Drones? Check. An alpine lunch at 8,000+ feet? Check. A bounding golden retriever called Happy? Yes, this is not just any fintech conference.

The stage was set for another installment of the Anthemis Hacking Finance Retreat (AHFR): Finance professionals—check. Insurance-focused workshops—check. Drones? Check. An alpine lunch at 8,000+ feet? Check. A bounding golden retriever called Happy? Yes, this is not just any fintech conference.

he stage was set for another installment of the Anthemis Hacking Finance Retreat (AHFR): Finance professionals—check. Insurance-focused workshops—check. Drones? Check. An alpine lunch at 8,000+ feet? Check. A bounding golden retriever called Happy? Yes, this is not just any fintech conference.

For the eighth year running, Anthemis Group held its annual retreat in Méribel, in the heart of the French Alps. Remote and surrounded by mountains that are snow-capped even in the middle of July, the choice of the destination is deliberate, says Sean Park, Founder and Chief Investment Officer of Anthemis.

“It might sound clichéd or a little bit simplistic but, being in this kind of environment, it’s very hard not to think big. It actually changes the way that you think.”

And big thinking was exactly what this week was about. For many in this ecosystem, it’s hard to claw back the space to think and gain perspective, crucial as it is for identifying future trends and being able to ‘skate to where the puck will be’.

But here in Méribel, very far from home for many attending, the distance from the day-to-day offered a rare opportunity to change gears and set into a deeper way of thinking.

Through a series of workshops, participants engaged in big-picture topics and broad themes, including contrarian views on how to tackle climate change and expansive predictions for aging populations, through to emerging concepts like embedded finance.

Whatever the workshop, the aim was rarely, if ever, to come to a solution for the problem at hand. Instead, the goal was to begin to break out of conventional ways of thinking and enter unfamiliar, and perhaps underexplored territory. And breaking out could begin simply with a question: Is hustle culture dead? Is a dollar always just a dollar? Are focus groups and agile processes really creating better products?

Trying to answer these questions with a group of cognitively diverse people did, and was intended to, challenge your thinking, particularly considering that, as was the case in previous years, the calibre of those leading the sessions was excellent. Professor Carlota Perez, Anthemis Academic in Residence and Honorary Professor at the Institute for Innovation and Public Purpose at University College London, was able to join again this year, facilitating a fascinating discussion on Universal Basic Income: why it might be needed, whether it could be introduced, and, if so, who should pay for it.

By fostering these conversations, attendees were able to do the kind of divergent thinking that leads not just to the disruption of finance, but potentially to its complete reinvention: providing the infrastructure to support new businesses, establishing a freer and fairer marketplace and, ultimately, creating a new financial services paradigm.

Of course, epiphanies were not expected overnight. The ideas triggered by these conversations will blossom over the next few weeks and months. But, to help the process along, inside the AHFR goodie bag, alongside alpine honey and génépi, each participant also received a copy of The Age of Surveillance Capitalism by Shoshana Zuboff, for the curious to delve further into our societal evolution in the Information Age. 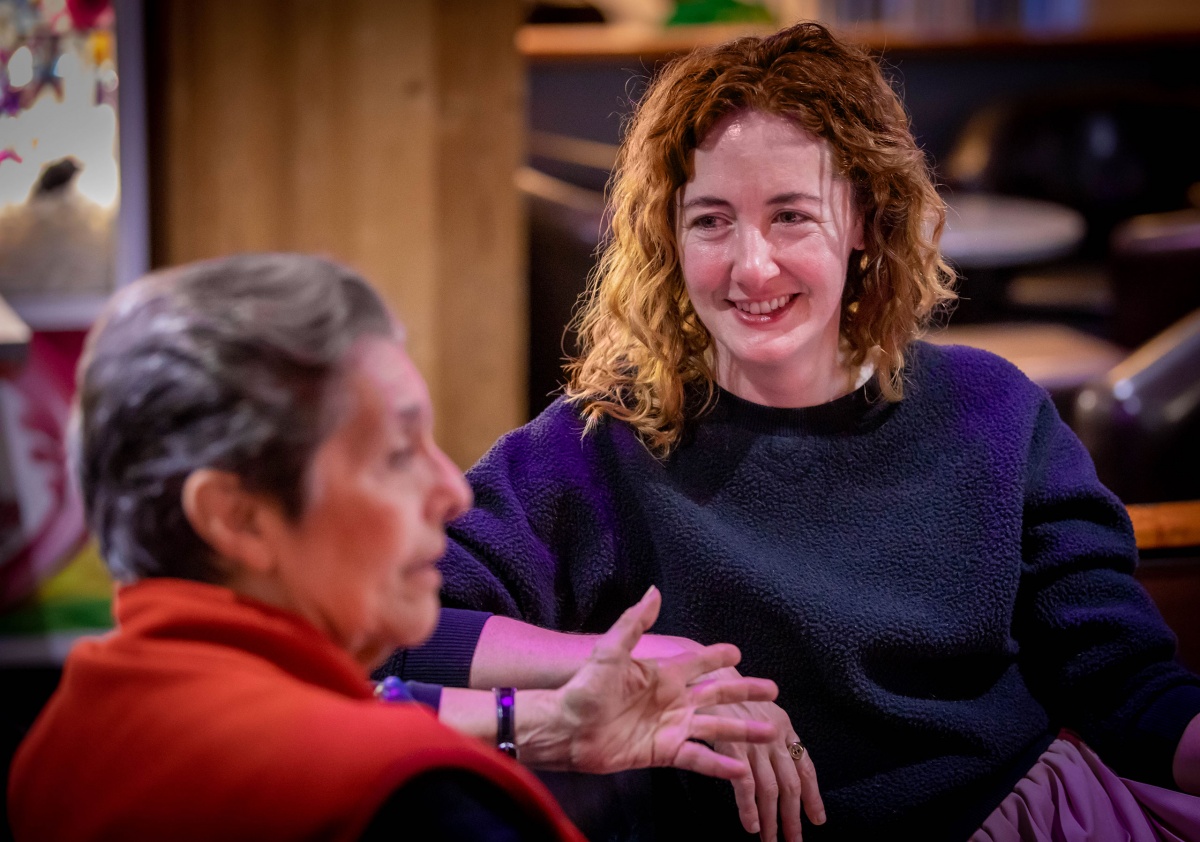 Big thinking was not limited to the meticulously designed workshops. Drawing on the work of Nora Bateson, the attendees took part in experimental ‘warm data labs’, a way to reframe and re-approach problems that occur in complex systems. Instead of abstracting away details, they were encouraged to lean into the complicated and attempt to answer one broad question through a contextual lens: How can finance be a force for good, for society, for business, and for people?

The contexts chosen to direct the conversations were deliberately difficult, including diversity and inclusion, taboos and major life transitions. Participants were encouraged to move fluidly from context to context, contributing to conversations and drawing specifically on what they knew personally. Needless to say, in such a varied and experienced group, this was invaluable and, together, the groups could combine their knowledge to approach complex issues frankly, such as defining company values, managing exiting employees or examining power dynamics.

Interestingly, in the feedback for this experiment, the recurring word was ‘candor’—people feeling free to ask questions candidly about problems they were facing, or to speak candidly about mistakes they had made and what they had learnt from them —and feeling relieved that others felt the same way. 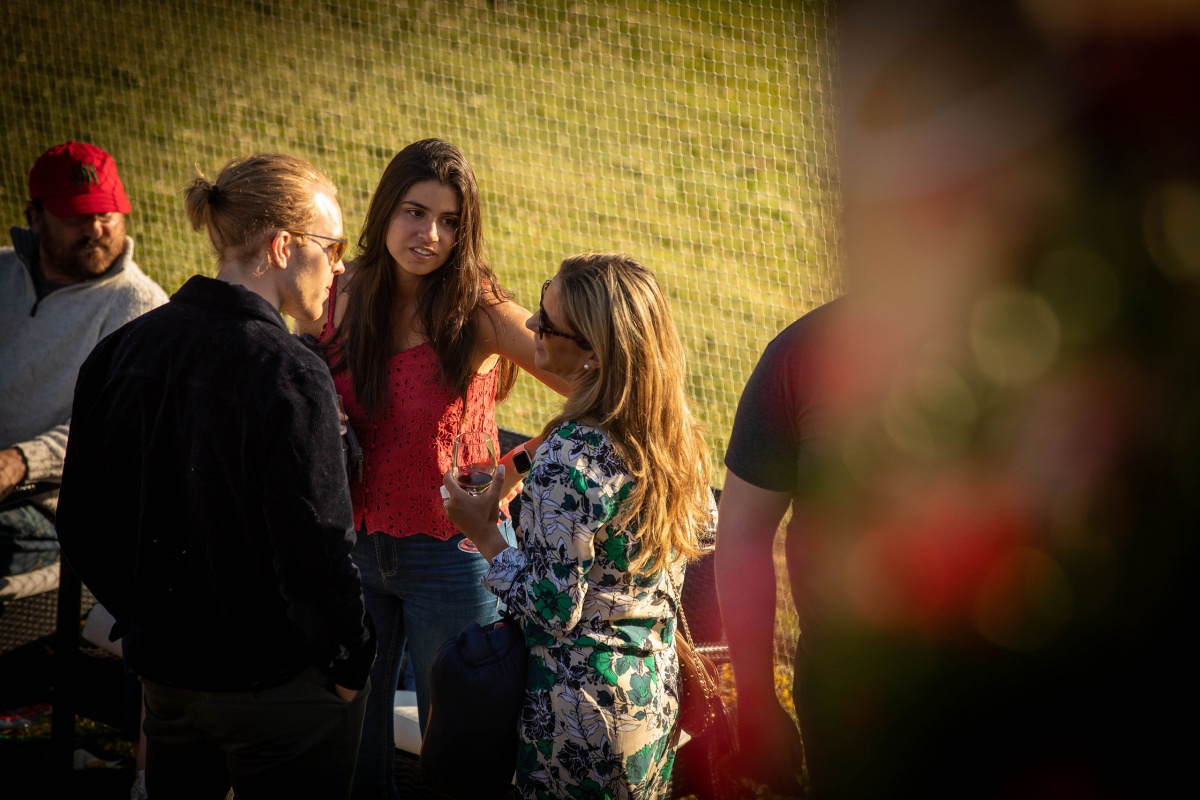 The last evening of celebration

Preventing information leakage with advanced cryptography, identifying upcoming insurtech superstars, creating an API that integrates every mobile banking service in Africa—the range of problems being examined by the Anthemis ecosystem is vast. And it is this diversity of problems and people, from industry to academia, that is key to the retreat’s success: each member benefiting from the others.

With just shy of 150 attendees this year, including startup founders, academics, investors and experts from large financial institutions, the group was the largest yet. And, while 45 percent of participants were returnees, 55 percent of the guests were attending for the first time. As Sean Park noted, “It’s big enough to be diverse and interesting; small enough to have meaningful conversations with a wide variety of people.”

The explicit purpose of the retreat, according to Park, was to “convene and connect,” and not just in the workshops. The retreat was punctuated by delicious meals, from mountaintop charcuterie plates to barbecues in the pine forests, capped by a final day of ‘hard leisure’: horseback riding along mountain paths, yoga in the wildflowers by the pristine Lac de Tueda, or canyoning (for the hyper-adventurous), and much more. After this year, the retreat’s total network will expand to around 500 alumni, who actively share knowledge and advice for the betterment of financial services throughout the year.

“In a world that’s mediated by technology, where we can work remotely and where we come from all over the world, bringing everyone together face-to-face for a couple of days of  un-technologically mediated discussion and connection —that’s what this is all about.”

As we ponder the future of humanity in our hyperconnected world, we must remember that each one of us is a generator and arbiter of data.

Carlota Perez has inspired students of economic theory—and a who’s-who of venture capitalists—to consider where today’s innovation sits in the context of what she calls a “a great surge.”

We are open to story ideas from anyone interested in the transformation of financial services. You don’t have to work in fintech, at a startup or at a big bank to care about the future of finance.