Aligned with My Value Chain

Tanzania’s agricultural economy is limited by small farmers’ lack of access. With SimSoko, Mwasi Wilmore aims to bring the tools they need to the technology they have.

Tanzania’s agricultural economy is limited by small farmers’ lack of access. With SimSoko, Mwasi Wilmore aims to bring the tools they need to the technology they have.

anzania’s agricultural economy is limited by small farmers’ lack of access. With SimSoko, Mwasi Wilmore aims to bring the tools they need to the technology they have.

Agriculture is Tanzania’s largest business, and most people who make their living in it are “smallholders”—single-family operations growing and selling a sole crop. Many, particularly in the rural areas, have little access to finance or transportation; they can’t move their perishable product beyond their neighbors or whatever local transportation they can use. That means that as much as 40 percent of what is grown is lost, post-harvest, and as many as 85 percent of these farmers live below the poverty line.

“There is a lady who is 10 miles from where I live. She wakes at 4AM, she goes on public transportation to get produce, she sells at a loss. It’s the only way she knows how to do business,” says Mwasi Wilmore, co-founder of SimSoko. “The person next to her has a different deal with a different person and is raising a profit, but that person’s not sharing that information.”

SimSoko aims to close this gap by developing a single platform to connect farmers with logistics, distribution and financial services that will grow their businesses. 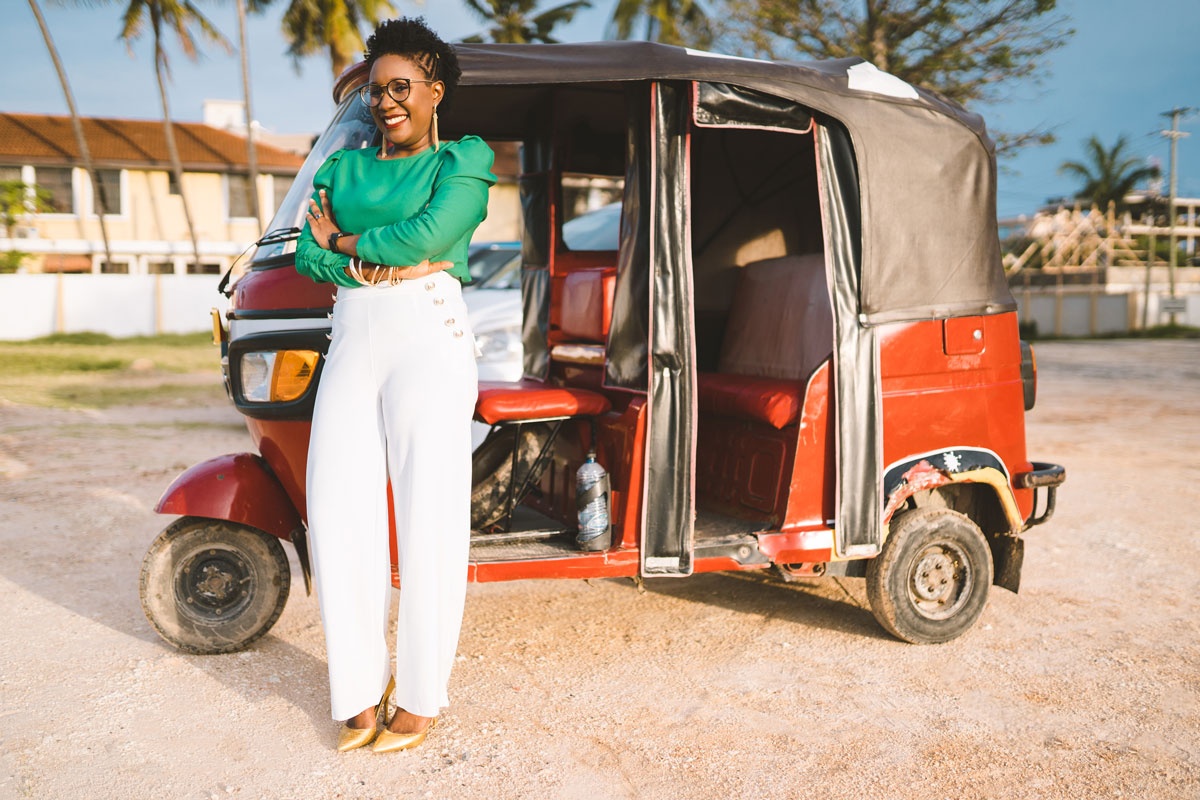 Born and raised in Tanzania, Wilmore was educated in the UK and worked as a management consultant, both in East Africa and in New York, before co-founding Tanzania’s first 4G LTE network. Most recently, she’s worked as a consultant to the Tanzanian government and private equity firms, “but I had that startup bug,” she says, “and I was always keeping my eyes open for opportunities.”

She began comparing challenges—and excuses made—in the start-up space and the development space with Farzana Chilwan, a friend and former Deloitte colleague. And she realized: “The reason why all these interventions and investments—all these NGOs—are not making an impact is because they’re very siloed,” she says. “Everyone is only investing one particular thing—not the value chain. In order to help monetize, this needs to be seen from a holistic point of view.”

HF: What are the biggest challenges for small farmers in Tanzania and how will SimSoko help?

Market access shouldn’t be some kind of secret or something so hard to get. Being unable to afford a smartphone shouldn’t impede your ability to grow and earn your money. SimSoko gives them the opportunity to actually monetize the losses, at no cost to them. Giving access to the benefits of blockchain and AI to a farmer that doesn’t know what that is is creating opportunity for a someone that otherwise wouldn’t have a fighting chance.

HF: How will this work across what you call the “farm to fork” value chain?

The most important thing is access to logistics…being able to move products. The key thing we’re going to do is tag, tack and deliver the different agricultural items. We’ll use UPC codes and other tags on boxes and use that technology to get that sorted.

The next is logistics—adjusted time transportation, at the click of a phone, whether you have a dumb phone or a smartphone. We can use AI to find the best deal for you.

After that, we’ll go into the financial payments. The key objective there is that it’ll be interoperable with any partners in agribusiness financial services. We also want to be able to provide basic financial reporting—income statements that can go to someone who may not be in the system. 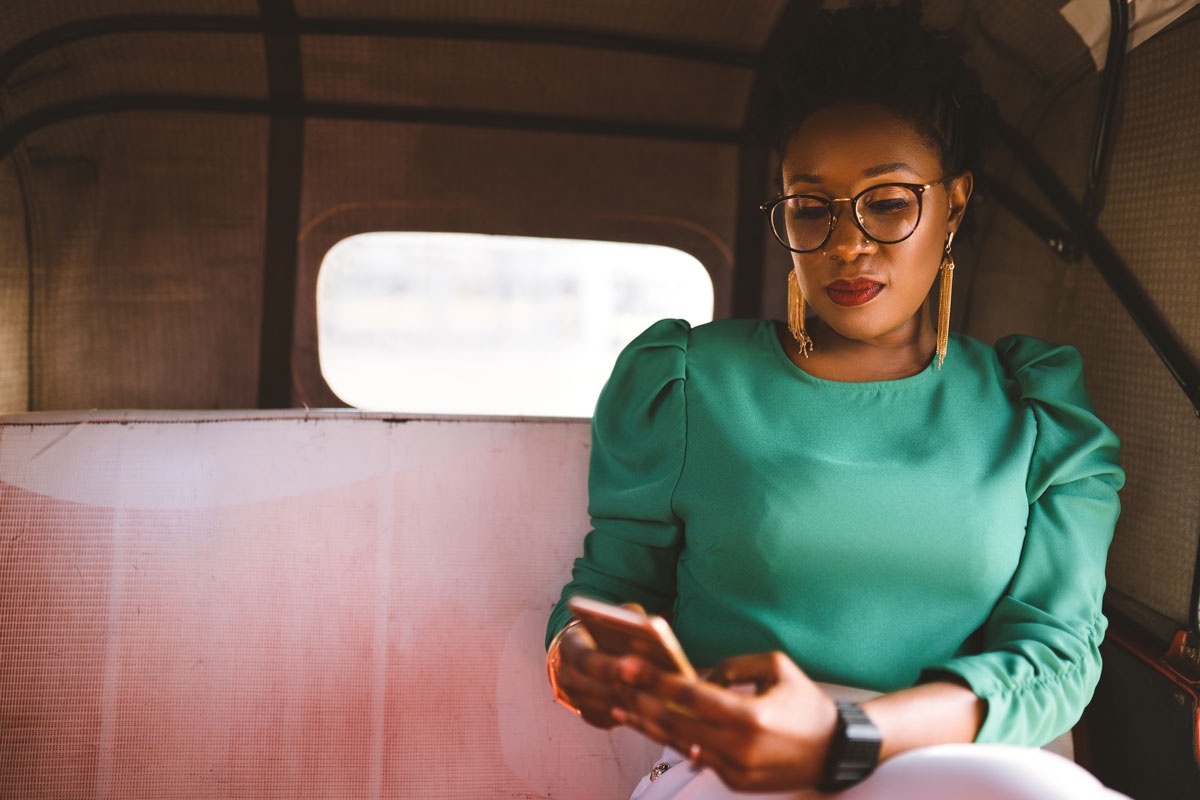 HF: How will this work if you don’t have a smartphone?

[SimSoko] will have online and offline functionality. Even if you don’t have a data bundle, you’ll be able to use SMS. We will have someone within your village who can give you a smartphone and access to the printer. These people will provide additional services, and explain everything.

This isn’t only tapping into current needs; we’re literally creating a new market.

HF: Where are you in the process now?

It’s very easy to sit in your nice air-conditioned office and say, “This is what the person needs.” But we’re spending a lot of time talking with the various stakeholders to identify the key needs and then design the product.

It’s very easy to sit in your nice air-conditioned office and say, “This is what the person needs.”

We’ve done really well raising from the U.S., with a focus on the concept and the changes to the ecosystem and the potential. We have some commitments.

We do get that question: Why are you not fundraising in Africa? It’s not part of our strategic fit right now. When you’re fundraising in the US, [being Tanzanian] is a plus—you understand the markets; you lived it. You understand the problem; you lived it. Here, being a local doesn’t have the same kind of benefits. There are a lot of startups in this space that don’t have the same background or knowledge of fundraising—they don’t get very far.

My last startup managed to get a 4G license before these other operators. In pitches, people would mock me and say “Africans don’t want 4G …” We were explaining and explaining, and [the response was “No,] well, hahaha, let’s see where this will go.” Then it’s oh my gosh, “I believed in you.”

The minute you start paying attention to what people perceive of you, it’s not worth it. My partner and I know it’s best to talk with people who really want to listen. We know that if you stick to what you believe, it will work out.

We’re trying to be revolutionary—you’re hard-pressed to find a team of female founders in Africa.

HF: You have an all-female team. Can you talk about that?

Everyone in our C-suite is a woman; everyone on the team is either from Tanzania or based here. The people who the technology team are all seasoned—all ex-Fortune 500—who really share our passion. It’s amazing to watch.

We’re trying to be revolutionary—you’re hard-pressed to find a team of female founders in Africa. But we really want to change the perception of how things are and how things work.

Everyone we talk to is saying, “Oh, can we have it?” I try to say, “OK, let’s take a step back.” One of the things we’ll need to manage is being able to minimize expectations. We’ve been focusing on getting it right. We want to take our time and understand and test.

We will start with one village, but once you have the actual platform, it’s easy to scale and replicate it in the context of local markets. This can have exponential growth when it hits critical mass. Think of it on the level of 20,000 people, or not just Tanzania, but worldwide.

We often get the feedback of, “You guys are very ambitious.” We’re structuring this so each person who is part of the value chain benefits from a social and economic perspective. I truly believe it will be a gamechanger.

When Crisis is Fertile Ground

Our survival is tied to a more sustainable food supply. Amid the uncertainty, agritech leans in.

For Huckletree founder Gabriela Hersham, coworking is more than a savvy property move. It’s a chance to reimagine the UK startup world, with inclusion as an organizing principle.

The Truth About Money

Growing up, writer Ashley C. Ford’s family had a complicated relationship with money. Here, she shares what that meant then and what it means now.

Your Sextech Money is No Good in Silicon Valley

If condom companies can advertise on Facebook and Viagra can plaster ads all over mainstream television, why are sexual health companies that champion women and non-binary folks penalized unfairly?

Matching Her Own Patterns

For Arlan Hamilton, one of the country’s few Black gay female VCs, Silicon Valley is on the edge of a revolution.