Confidence and chartreuse reign at Gracias, a social payments company billed as “Bitcoin with friends.” That’s the point, says founder, serial entrepreneur Deana Burke, who created the app to help young women and teens get started with cryptocurrency.

Confidence and chartreuse reign at Gracias, a social payments company billed as “Bitcoin with friends.” That’s the point, says founder, serial entrepreneur Deana Burke, who created the app to help young women and teens get started with cryptocurrency.

onfidence and chartreuse reign at Gracias, a social payments company billed as “Bitcoin with friends.” That’s the point, says founder, serial entrepreneur Deana Burke, who created the app to help young women and teens get started with cryptocurrency.

Burke first began buying and selling Bitcoin in 2017, during the currency’s all-time high; she did some day-trading in her downtime after the marketing company she founded, Agency of Trillions, was acquired by Indiegogo. That December, when she gave a few modest shares to a few women on her team, “they were disproportionately excited,” she says.

“I thought, wow, here is this group of young urban tech savvy young women who were interested in Bitcoin and wanted it but didn’t have any,” she says. “As soon as I made it social and gave them skin in the game, it completely changed the dynamic.”

Burke raised $1.2 million in angel investment to launched Gracias this past June. Gracias 2.0 arrives in January. 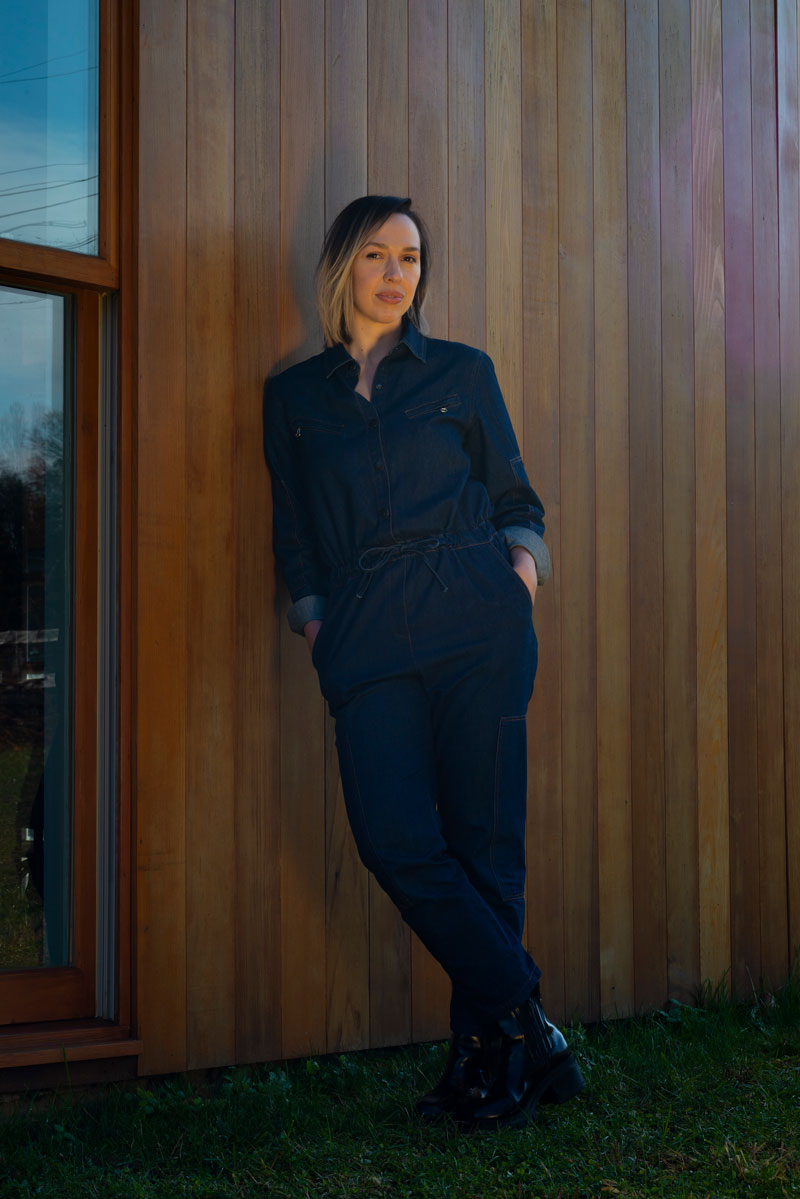 HF: Your background is in marketing and operations. How’d you get into crypto?

In 2017, Bitcoin was everywhere you looked; Indiegogo tried to be an [initial coin offering] platform for a minute, so I was definitely exposed there at well. I was drawn by the price action, but soon fell down a rabbit hole. I thought holy shit, this is a big deal. From there I became even more convinced that crypto is the future of money, and I’m even more convinced today.

I don’t come from generational wealth; I grew up lower-middle class in upstate New York. But as I advanced in my career, it became increasingly apparent that one of the biggest indicators for having money is being born with money. With crypto, people who have been left out of this rigged game so far, either intentionally or unintentionally, now have the opportunity to step into something.

As I looked around the crypto community, I thought, oh, wow. All these people are building products for themselves. Which is fine, if you’re a middle-aged white guy.

But as I looked around the crypto community, I thought, oh, wow. All these people are building products for themselves. Which is fine, if you’re a middle-aged white guy. But it’s not just that finance bros are tokenizing themselves; it’s the worst of finance and the worst of technology combining to create a toxic culture.

HF: Clearly the brand’s identity and product’s design were created with this in mind. What did you want to see reflected?

I wanted it to be intentionally feminine, intentionally approachable, with some futurism that felt nostalgic and funny. It’s like, no, it doesn’t need to have a padlock or feel dark, Matrix–y. I wanted to lean right in to a product that felt soft. We’re designing it for a niche audience. Giving them something that felt authentic and true at the expense of appealing to mainstream audiences was something we wanted to do, as well.

There’s this whole aesthetic subculture on Instagram—these girls and young guys posting selfies, called edits, that are like mood boards, with color swatches, themes and imagery that come through again and again. We did a Bitcoin face filter for them, and we got a bunch of people to use it and post about it, and they’re all so adorable. I’m way more interested in reaching those people than I am in reaching “crypto” people.

HF: What’s unique about the way you’re reaching them?

It can be a challenge to find a real use case for Bitcoin outside of speculation. For Americans, especially the young ones, a stable currency is like air. There’s no fear around that. People in other countries with less stable economies have experienced currencies not holding their values.

The next version of the app is serving content creators: Their interactions are borderless, but their payment platforms have all kinds of borders. If you’re a hip-hop producer selling beats to a kid in Cameroon and someone in Ukraine, then having a truly global currency makes sense.

If you’re a hip-hop producer selling beats to a kid in Cameroon and someone in Ukraine, then having a truly global currency makes sense.

HF: This demographic doesn’t have as much experience with banks in general. What are the opportunities—and risks?

I’ve been doing some talks with college-aged students, starting to do some high school things. The younger you go, the more likely people are to relate to [Bitcoin] as a currency. My niece is 13: When I talk with her about investment, it’s “OK, whatever, you’re talking about finance, and I’m not interested.” When I say, “This is a new kind of money,” her first question is, “OK, can I use it to buy Fortnite?” The thing that comes up pretty quickly after that is “My mom won’t buy it for me.”

Autonomy and privacy are themes that comes up often. There are good reasons why kids that age should have parental oversight; it plagues me in the way that [Gracias] could be used by bad actors or to nefarious ends. Still, cash is the number one currency of money launderers and drug dealers. If people want to behave badly, they’ll find ways to do that.

I will say that we’re staying far away from becoming a content platform, where people are uploading photos, videos, and accepting Bitcoin for [them]. That’s the most immediate place, for me, where it can go wrong. 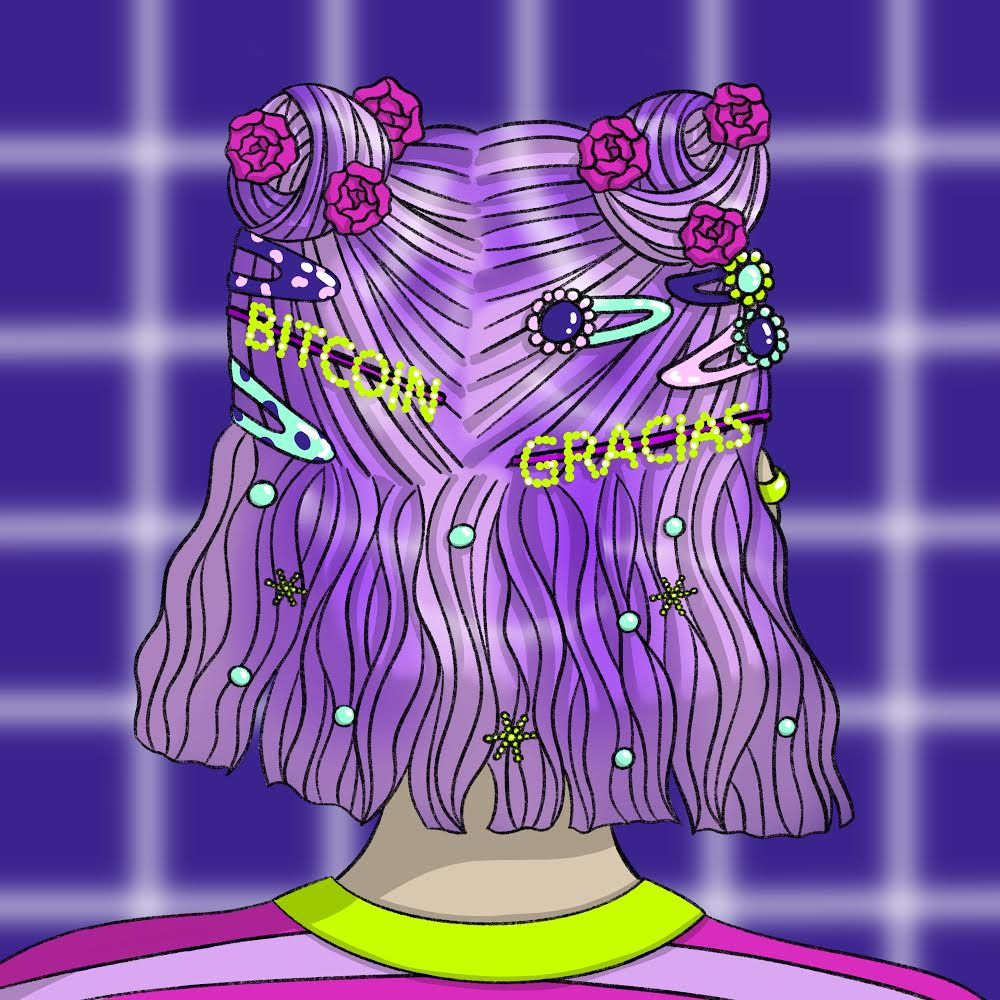 Gracias’ brand comes to life with visuals that make crypto appealing and accessible to its young, female audience.

HF: Where have you found the most resistance in your potential audience? Any surprises?

I often find myself speaking to women-only audiences. which is great. I’ll do anything around engagement—talks in the library, Bitcoin 101. I love it.

The older the woman, the more likely she is to see [crypto] as an alternative investment. Still, 95 percent of the conversations I have with women are, “Oh yeah, I’m interested in it, it but I don’t get it.” This idea of making it for [them] is something that I’m really attracted to.

Oddly enough, the crypto community has been one where i haven’t been fully embraced. Up until recently, I thought, I’m not going to talk to the crypto community because I’m not doing this for them. I’ve done interviews with guys who don’t see why there would be a need for something like [Gracias] to exist in the world, when their needs are perfectly met.

These products are great—Coinbase is a great product, Gemini. They’re well-designed and speak effectively to that community. But if we want a diversity of people and of values to be involved in this thing, then we need to create products that speak to diverse people.

Constant Change is Here To Stay

Act One: The dance. Act Two: The conference room. Business coach to a cadre of powerful women and men in finance, Fran Parker explains why we must keep moving.

Flood Matters: Mapping Up A Storm

Bessie Schwarz went from selling solar system maps at the Discovery Channel Store to a scientist equipping the World Bank with flood vulnerability data that has the potential to protect millions of vulnerable people.

Ben LeBlanc had the MBA, the international experience, and the big firm clout. But when he took stock of his career ambitions, he realized it was time to trade the cush for the couche couche.

A Peent in the Wind

It’s hard to pinpoint the exact moment that a joke becomes a meme. Is it the first time it’s retold? Is it the first thousand times? There’s no logic to the process. You just know it when you see it.