Hacking Finance explores the big issues impacting financial services to raise attention and create action. We look to adjacent fields and cultures to inspire new ways of experimenting to help us invent a better future. Anyone who goes hard and fast at the problems that block innovation is #hackingfinance.

How We Do It

How We Got Here

In 2011, a small group of fintech founders, investors, bankers, academics and regulators rocked up to Méribel, France at the invitation of Sean Park. The ask? Get to know one another. Eat cheese. Sit on bales of hay. And imagine how the financial services industry might align, regroup and reinvent itself for the Information Age. 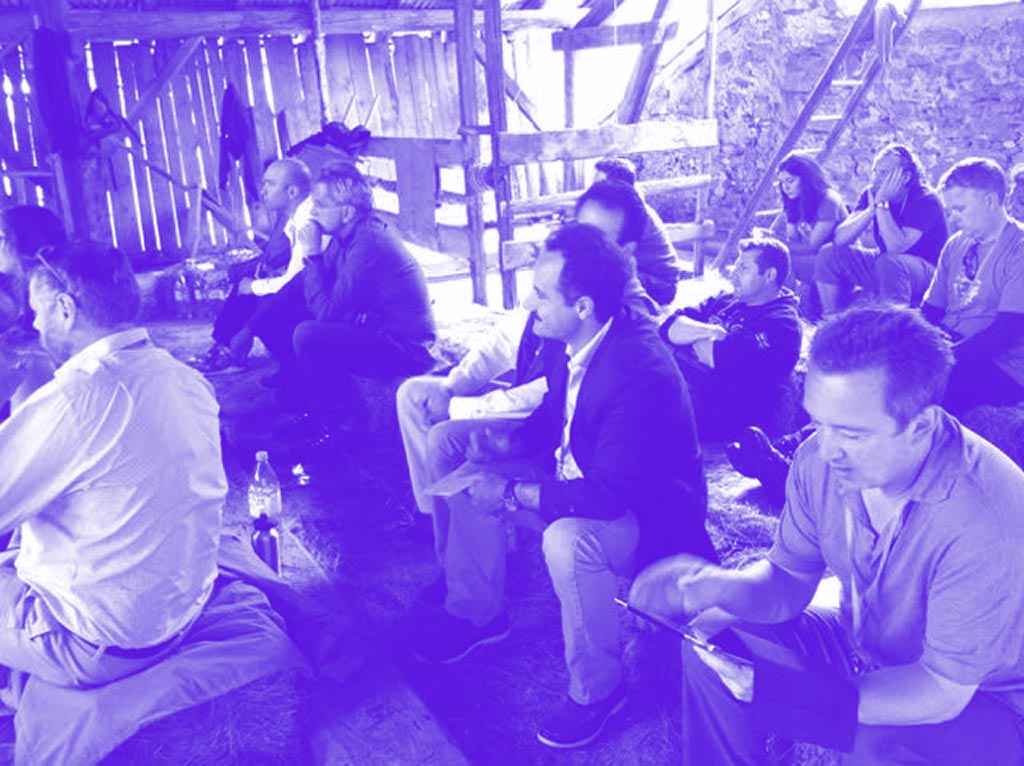 But it’s not enough. We need more voices, more stories, more ways to connect, vent, scheme, and mobilize to solve the problems facing financial services around the world. This can only happen if we drop the groupspeak, get real, and invite people from other sectors to join us.

Hacking Finance offers opportunities for those aligned with our mission to contribute stories, essays, interviews and other relevant content for publication on this website and via our two email newsletters: If You Read One Thing, a weekly curated email featuring a single worthwhile article to ponder, and Hacking Finance Monthly, a round-up of our best original content.

To find out more about what we’re looking for and how you can get involved, read this post on our submissions policy.

The Hacking Finance events series has re-launched. If you are interested in attending, speaking, or suggesting a top, sign up to learn more. You can also apply to attend the next Anthemis Hacking Finance Retreat.

Our print magazine is available through our online shop and these fine retailers:

is a researcher and editor at the Effective Altruism Foundation, Berlin.

is a North Carolinian turned New Yorker, perpetually curious and always excited about the next adventure.

is a lecturer in condensed matter and materials physics at Queen Mary, University of London, where his research focuses on the structure and properties of functional materials

lives in Brooklyn by way of Indiana. She is (mostly) a writer. Currently, she’s writing a memoir, hosting Brooklyn-based news & culture TV show and podcast.

is a journalist who’s been covering immigration for two years. Her work has has appeared in Glamour, Marie Claire, The New York Times and other outlets.

was a senior reporter and social media editor at MONEY magazine and editor of Life + Money at The Fiscal Times.

was the Chief Commercial Officer at Orchard Platform and is an advisor to a range of fintech companies.

has a passion to develop and leverage the skill set of young people of colour. In her spare time, she enjoys chasing the carnival spirit across the globe.

is a writer based in London. He’s completing his PhD which explores the relationship between experimental art and labour.

is a BAFTA-winning creative director for digital things, games, animation & storytelling in general.

is CEO of Exeq. He previously served as VP of Product Development at Addepar and engineering leader at LinkedIn.

is based at the Centre for the History of Emotions at Queen Mary University of London.

is a freelance writer whose work has been featured in Vanity Fair, Vogue, VICE, Time and T: The New York Times Style Magazine.

worked in banking for a decade. He’s now a freelance writer and consultant to clients in the sports, video game, private equity and hospitality industries.

is a Director in the Venture Partnerships team at Anthemis.

Francesca Minerva is a philosophy postdoc at Ghent University in Belgium.

is an Italian philosopher, and a tenured senior researcher at CNRS (the French National Centre for Scientific Research) in Paris.

is a product designer based in Ireland with a particular interest in human centered design—design for disability and also simplicity.

is a former senior editor at O Magazine and the founder and CEO of Swivel Beauty.

was born and raised in New York City. A competitive runner and Mandarin speaker, Jillian works on the investment team at Anthemis.

is a writer, cultural critic, and entrepreneur.

is a freelance climate change reporter from Scotland

is a freelance writer and editor whose work has appeared in Fast Company, Forbes, Glamour, Vanity Fair, Teen Vogue, Marie Claire, and Refinery29.

specializes in multimedia storytelling, web documentaries and short film. They Are the Last was shot by Diego Vivanco and produced by Ian Clark.

is a Brooklynite by way of South Louisiana. She has spent her career helping entrepreneurs tell their stories while telling a few of her own, too.

is a journalist, former editorial director of the personal finance app Stash, and the author of Bow Down: Lessons from Dominatrixes on How to Get Everything You Want

is a freelance writer and an academic working in the intersections between finance, philosophy, literature and sport.

is a filmmaker, photographer and artist based in Shanghai and New York City.

is a science podcaster and environmental journalist, transitioning into a wildlife conservation career.

is the CEO and Co-Founder of Unbound, a rebellious feminist brand focused on making sexual health and wellness accessible to all women.

is a Brazilian journalist who has been published by Al Jazeera, DW News, Business Insider and Foreign Policy, among other news outlets. He also holds a Ph.D. in Human Rights from the University of Deusto.

is a Michigan native and Peace Corp alumni. She has produced documentaries for the BBC and several award-winning television companies.

studied literature and criminology before moving into the world of digital innovation and finance.

is the Leonid Hurwicz collegiate professor of complex systems, political science and economics at the University of Michigan, Ann Arbor, and an external faculty member at the Santa Fe Institute.

is assistant professor in philosophy at the University of New Hampshire.

is professor of psychology at the University of Warwick in Coventry.

is a London-based science writer who has worked for the Daily Telegraph and BuzzFeed UK.

serves as Chief Investment Strategist at Salient Partners and looks at markets through the lenses of game theory and history.

is the author of Seven Stages of Anger and Other Stories, The Pull of It and If the Ice Had Held. She has written for The Rumpus, Buzzfeed, Business Insider and Self, among others. Her new collection of short stories, What If We Were Somewhere Else, is forthcoming in 2021.

is co-founder of Allica and founder of Headline Wines.